The Buchenwald and Mittelbau-Dora Memorials Foundation was “stunned” by the death of 96-year-old Holocaust survivor Borys Romanchenko who was killed Friday by a Russian strike on the Ukrainian city of Kharkiv.

It said he had worked “intensively on the memory of Nazi crimes and was vice-president of the Buchenwald-Dora International Committee. The purpose of the committee is to educate the world about what was done under the Third Reich regarding the arrest and deportation of religious, political and social groups considered “undesirable” by the National Socialists. The committee also serves to care for the survivors of Nazi brutality and facilitate communication and cooperation among survivors. 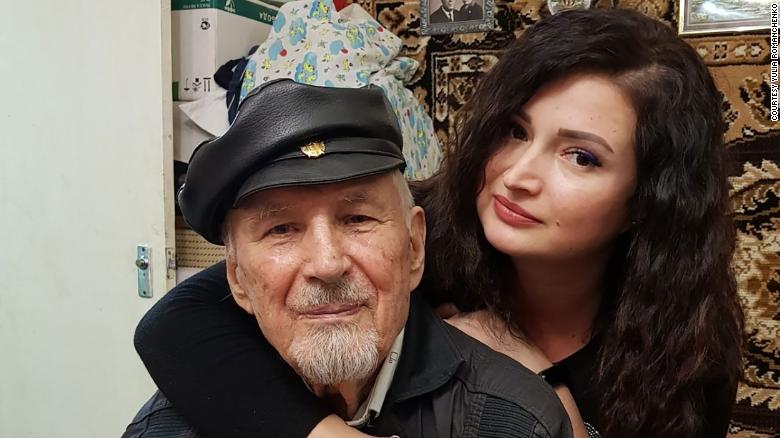 Boris and his granddaughter Yulia Romanchenko.

Yulia Romanchenko, Borys’ granddaughter, told CNN that she asked locals for news of her grandfather’s house at Saltivka residential district after learning on March 18 from social networks about shelling in his neighbourhood.

“They sent me a video of a burning house.”

By the time Yulia managed to get to the area, she found her grandfather’s house

“completely burned down — there were no windows, no balcony, nothing in his apartment.”

In 2012, Romanchenko attended an event commemorating the liberation of Buchenwald, where he read an oath devoted to “creating a new world where peace and freedom reign,” the memorial said.

A last day of Sukkot, a seven-day festival ending with an eight day. Finishing and beginning again of Torah reading

Going up to Simchat Torah, the Rejoicing of the Torah, remembering how everything we have is a gift from Hashem, Who has given His Word to guide us through our life.

The upside of a short attention span

A child’s inability to focus long enough to put their shoes on or hang up their coat can be deeply frustrating for parents, but “this wandering attention is an important part of the learning process — one that helps them make sense of an uncertain environment,” writes Rachel Fairbank in Lifehacker. In a recent study, […]

From a polio stricken lady about wheelchairs and freedom

We like to tell people that God is all we need, yet we live as if we are enslaved to other stuff.

Climate justice & Rich people who do not want to share

Reason to Look at Enough is Enough, a campaign to fight the cost of living crisis.

Originally posted on Antrodia Camphorata , harta karun dunia:
Antrodia is a genus of fungi in the family Fomitopsidaceae. Antrodia species have fruiting bodies that typically lie flat or spread out on the growing surface, with the hymenium exposed to the outside; the edges may be turned so as to form narrow brackets. Most species are…

When looking at birches one can encounter some special mushrooms, antrodia mushrooms which have some medical effects.