Shelter, vital supplies, and escape from besieged cities: these are the keys to survival many Ukrainian Jews are seeking as the Russian invasion enters its second week.

Ukrainian and Russian negotiators on Thursday acknowledged a need for humanitarian corridors for civilians, reflecting growing fears about an imminent crisis in multiple major cities under attack.

… if goods become scarce in the small towns they are dependent on or leaving the dacha becomes dangerous, as Russia’s continued siege suggests could soon happen, the family — an extended group of eight — would soon be in trouble.

Anywhere from 20 to 100 residents have been living in the event hall below the ground floor of the historic Kharkiv Choral Synagogue since the war began, according to accounts from the city’s chief Chabad emissaries Rabbi Moshe and Miriam Moskovitz and other locals.

Kharkiv was Ukraine’s second-largest city at the outset of the war, with a population of 1.4 million. Among them were as many as 40,000 Jews, one of the largest communities in the country. Much of the city’s Jewish infrastructure is located in the city’s center, and the buildings housing Chabad’s Ohr Avner Jewish Day School and Hillel International’s local chapter were among those struck in recent days.

Before Russian troops invaded Ukraine, the Hillel chapter in Kharkiv was preparing to celebrate its 25th anniversary this spring. In fact, just one week ago, the group working with Jewish students and young adults was advertising a Saturday evening game night.

Now, its home has been destroyed, and Hillel International, the network of groups serving Jewish college students, is trying to figure out how to help its 600-plus students and employees in Kharkiv stay safe in their war-torn nation.

Yulia Pototskaya, director of the Hillel in Kharkiv — whom Hillel International CEO Adam Lehman called “really courageous” — told Haaretz that she would not leave the city and that some of her students were taking up arms in the fight.

“We have volunteers from Hillel, students who went to the army, and we hope that Ukraine will be saved because Ukraine is a very wonderful place,”

Lehman added that not all of the Hillel students want to be evacuated out of the country.

Now, with what Shapovalov said appeared to be about 60% of the city’s population gone, Jews in the city were using a Telegram channel to crowdsource space in cars attempting to head west to Dnipro, another major Jewish center, and points beyond.

Rabbi Shmuly @RavShmuly
This is what is left of the Hillel in Kharkiv that I spent a summer volunteering at. Devastating and Infuriating. Sending so much love to our Ukrainian brothers & sisters!! #Ukraine #Jewish #HillelInternational 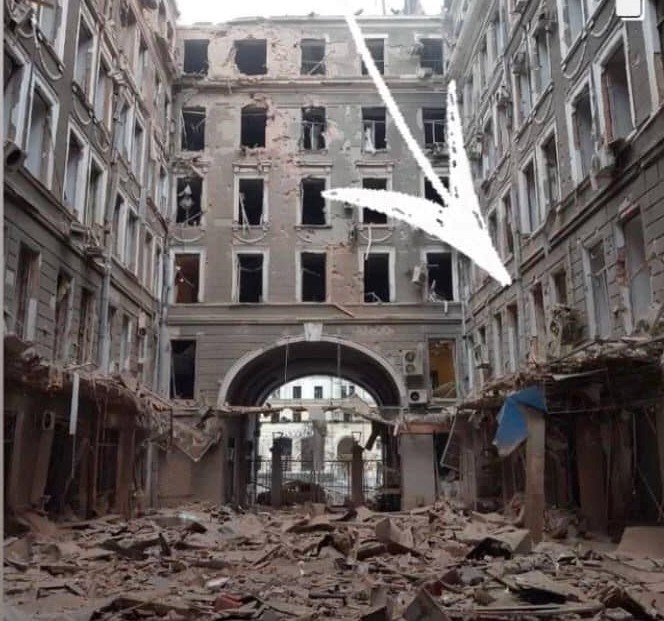 2 gedachten over “As Russian siege wears on, Jews left behind in Ukrainian cities face grim conditions”

You don’t need a religion to do soul management

You don’t need a religion to do soul management, but having a sacred calendar certainly helps. Far from being an endless list of tasks, the Torah itself is a blueprint for management.Judaism, and especially Leviticus, wants us to build a civilization that prioritizes the parts of us that make us most human – our fragility, […]

More than seven anti-Semitic incidents in the U.S.A. per day

The Anti-Semitism Worldwide Report 2021 and the Anti-Defamation League report about anti-Semitism show the rise of hate against Jews.

The British four-part television drama Ridley Road which premiered on BBC One on 3 October 2021 can now also be seen on PBS. The mini-series Ridley Road is set in the East End of London in the early 1960s and follows the story of a Jewish woman who infiltrates the ranks of the neo-Nazis, posing […]

Originally posted on SRQ Jew:
We humans live with one foot firmly in the physical world, and yet we have an inexplicable urge to dip a toe in the spiritual world. However strong or tentative that impulse may be, we all have our moments when we long to transcend our physical being and soar. Where…

”Just as water rapidly eroded the banks of the mighty Colorado River and created a vast Grand Canyon, America’s current belief system (relativism) has eroded her foundation and created a moral void. ~ Shane Idleman in America Needs to Turn Back to God.”   * Find also to read: How many innocent people have still […]

Event: The United Nations general assembly has voted to suspend Russia from the human rights council after images of atrocities apparently showing civilians left dead in the streets with their hands bound emerged following Russian troops’ withdrawal from around Kyiv. The call for Russia’s removal from the UN’s top human rights body was led by […]